Which ones are
the consequences
of Covid19
all over Europe?
Click on the States and discover more! 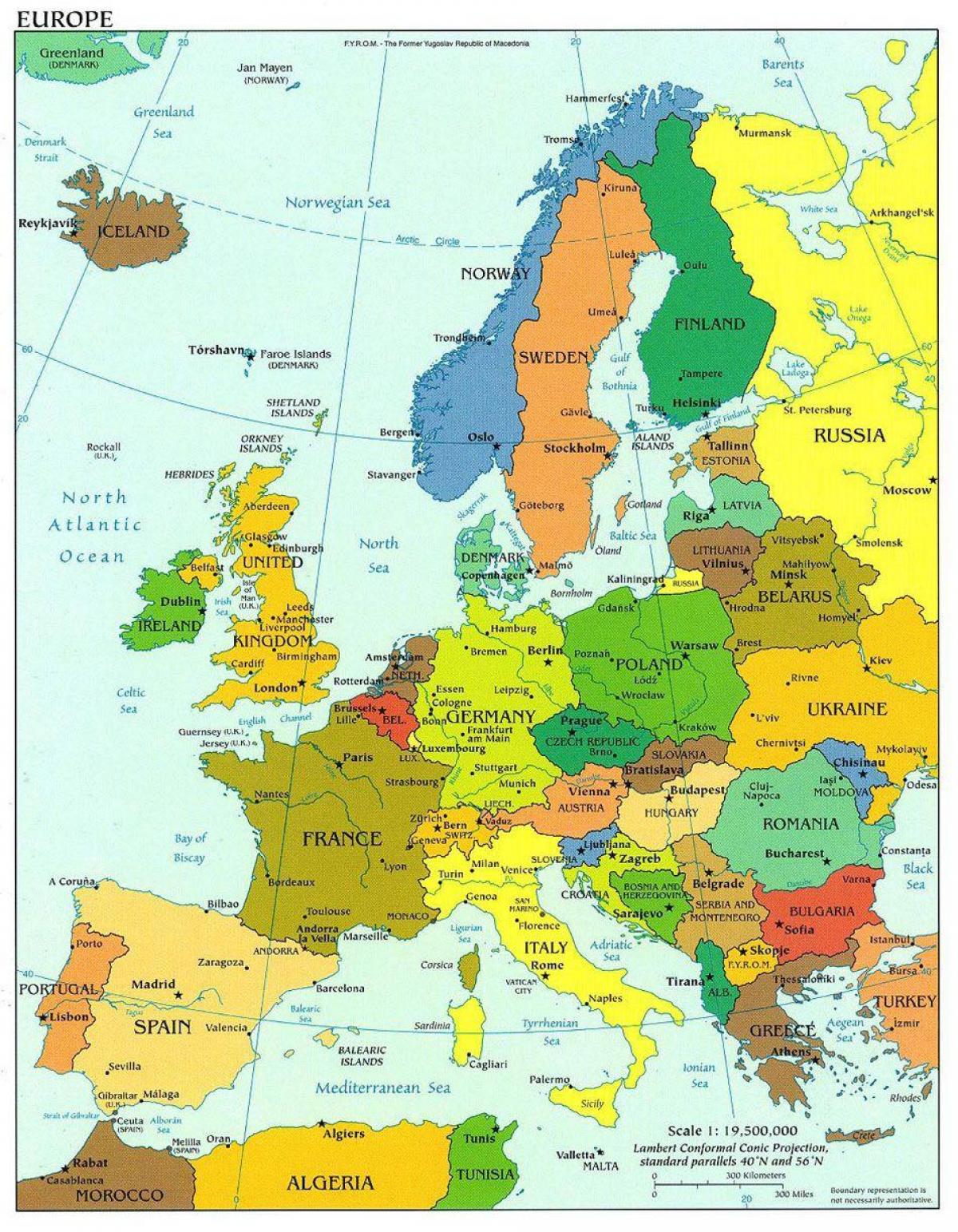 The Spanish right-wing party Vox has submitted 19 proposals to "improve" the decree on the state of alarm. Among the proposals, *two concern irregular immigrants* :

1- to end universal health care and proposes that, during its validity, irregular immigrants who turn to the health service *should pay* a fee or sign an agreement with the payment of the corresponding fee.

Such a measure would mean that irregular immigrants affected by coronavirus would not turn to the health service for fear of having to pay the cost of the Covid-19 test or treatment and also, in this way, the virus will continue to spread.

2- The ultra party wants the stay of *irregular foreigners* in internment centers to be extended for the duration of the state of alert, limited by law to 60 days, and that they are expelled from Spain at the end of this period, although it does not say where.

Some of the members of the government have responded to the proposal made by Vox through twitter in which he claims to be "a repugnant proposal and a moral outrage".

1) On March 17, 2020, Greece’s government announced measures to prevent a coronavirus outbreak in RICs (Reception and Identification Centers) on the islands, the so-called “hotspots,” that essentially put the camps on lockdown, trapping thousands of asylum seekers and migrants.
The measures include suspending all special activities and facilities in the camps, including non-formal schools, while no visitors, including members of aid organizations and agencies providing essential services, will be allowed into the RICs for at least two weeks, the government announced it would restrict visitors from accessing the camps and reception centres for two weeks, though aid organisations such as MSF, IOM, and UNHCR are exempt.

2) As of March 22, the population of the hotspots on Lesbos, Chios, Samos, Kos, and Leros was almost 31,400 overcapacity, with 37,427 people in facilities with a total capacity of just 6,095. Conditions in the centers cannot be characterized as suitable for dignified, humane living.
Extremely limited access to running water, toilets, and showers, as well as hours-long lines for food distribution and insufficient medical and nursing personnel, make it impossible to abide by the guidelines for protection from the coronavirus, putting people at significantly heightened risk in the face of the growing threat of widespread COVID-19 transmission.

3) International human rights law requires that the health needs of asylum seekers and migrants are addressed and, in the context of the COVID-19 pandemic, any restrictions on rights for reasons of public health or national emergency be lawful, necessary, and proportionate as well as nondiscriminatory.

Located on the banks of the Canal Saint-Denis, just minutes from the Porte d'Aubervilliers in Paris, there is a private camp used as a refuge.

1) Amir, a 23-year-old Libyan who has been living in the wasteland for three months, told InfoMigrants on Thursday about overcrowding. You can't keep your distance from others here. Also, there are many people sleeping with someone in a tent. I also share a tent with a friend. It takes 25 minutes to find the first accessible and free showers.

On Wednesday, according to witnesses, a team of policemen on horseback came to encourage migrants to stay in the wasteland where tents and precarious facilities had been set up.

On the other side of the ring road, in Paris, the situations of the other migrants are also worrying about the unequal situation of the last few days: some people found themselves on the street.

This is the case of Loïc*, a 38-year-old Rwandan, his wife and their three children. When the containment situation began on Monday 16 March, "my family and I were with a family of Parisians in the 11th arrondissement (under the housing solidarity programme, NDLR) during their holidays," says Loïc. "After Emmanuel Macron's announcement inviting the French to come home, our hosts wanted their home back. We found ourselves outside."

"We slept two nights in the street, under a tent," says Loïc.

On Wednesday, their tent was confiscated by the police. The policeman told us not to get together and not to go near them.

2) The regional prefect, Michel Cadot, announces the "hospitalization", "in the next few days", of about 500 migrants (mostly Afghans, Sudanese, Somalis and Chadians) who have taken refuge for a month on this private land, located on the banks of the Canal Saint-Denis, a few minutes from the Porte d'Aubervilliers. It is expected that 300 of them will be directed by the prefecture of Seine-Saint-Denis to the reception areas of the department. 200 people will be housed in gyms provided by the Paris City Council, said Michel Cadot.

Pending the evacuation of the camp, the regional prefect promised to "reinforce the washing facilities" on site. The installation of a water point was underway this Thursday morning.

3) On March 18, the government announced, along with other measures aimed at the continuity of rights, a three-month extension of all residence permits. For example, while interviews at the Ofpra, which are intended to examine asylum applications, are being postponed, receipts for asylum applications, which are handed over to applicants for refugee status during the investigation period, are being extended.

But it is mainly for those who have just arrived on the territory and have not yet been able to submit their asylum application that things get particularly complicated. Due to a lack of staff, appointments in associations and then in prefectures for the registration of an asylum application are practically non-existent. With a direct consequence: "This means that those who want to apply for asylum in France can no longer do so", sums up Laurent Delbos, lawyer of the association Forum réfugiés, who continues: "Asylum is a fundamental right, and I believe that it has never happened since the Geneva Convention that access to asylum has been suspended in this way.

The Portuguese Council of Ministers has decided to temporarily grant all migrants and asylum seekers currently in the country full citizenship rights.

The move has been taken in order to permit these categories to have full access to country’s healthcare as the outbreak of the novel Coronavirus escalates in the country, and therefore reduce the risks for public health.

According to the council, the move will unequivocally guarantee the rights of all the foreign citizens that have pending applications submitted at the Portuguese immigration office until June 30, as these persons are “in a situation of regular permanence in National Territory.”

“People should not be deprived of their rights to health and public service just because their application has not yet been processed,” Claudia Veloso, spokeswoman for the Ministry of Internal Affairs said adding that in these exceptional times, the rights of migrants must be guaranteed.